Hi Everyone, it's Carly and I have the pleasure of being on my own blog today.  I want to talk about something completely different. It's not about writing, but about change. Read on to learn about the iconic restaurant  that has closed its doors forever and changed the landscape of downtown Burlington. 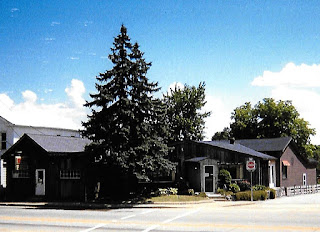 We’ve all been to one, that little “Mom and Pop” restaurant that exists in every Small Town, America.  This week, I learned that our place, The Little Place, has been sold. The building will be torn down and thus a part of my childhood will be gone. 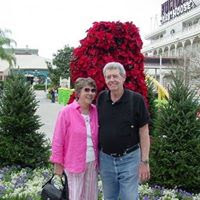 The Little Place was owned and operated by Henry and Estelle Nunn. It’s been in existence for 53 years in Burlington, Kentucky. The restaurant has seen many changes during that time. The room in the back has been Nancy’s Beauty Shop, and then Sheila opened another beauty shop, and finally Bow-Tan-Neat, a boutique and tanning bed combination.

For me, as a child, The Little Place was where all the older gentlemen of town met every morning. They would discuss the world and local issues over breakfast and have it all solved by lunchtime. You could hear all sorts of wisdom from these gents and learn a lot about the town and its inhabitants that you didn’t know before.

One of my first personal memories of the Little Place happened when I was ten or eleven years old. My best buddy, Jimmy Joe, and I would get money once a week from our folks and ride our bikes up town to the restaurant. We would go in and sit at the bar eating our burgers just like all the adults. We really thought we were something else sitting on those stools. The lunch crowd would include us in their conversations. They made us feel like we belonged.

Another memory is when I was an adult and starting to date again after my divorce. My cousin Harold and I would sometimes see each other on Saturday mornings at the restaurant. I remember sitting on the wall outside with him discussing dating and men in general. He offered some good advice and I am grateful for that time I had with him. There was a fairly large gap between our ages so we weren’t close growing up. The Little Place gave us common ground to get to know each other and develop a really cool friendship.

That was the beauty of the Little Place . . . you always felt like you were home and was part of a big family. Just like all families, the Place saw its share of laughter and tears, make-ups and breakups.  People would gather after funerals to talk about their memories of the dearly departed, there were weddings and anniversaries celebrated, business deals made, divorce agreements hammered out, and court room drama from across the street discussed at length.

As I matured into adulthood, I remember my dad and uncles gathering with their friends.  My uncle Buster even had his own place at his table with his name on it. If you look at one of the menus, you would see the icons of the town featured there, the many faces of the Little Place.  When I was going through my divorce, the Little Place became my sanctuary of sorts. I worked at the court house and would often spend my lunch hour in the tanning bed at Bow-Tan-Neat and then Estelle would have my club sandwich waiting when I got out. The Little Place took care of me during that time. It was my support system. It’s where I started to come alive again.

Besides the friendships that were made, people also came to the Little Place for one of the best meals around. My favorites were the Club Sandwich, hamburger, and steak night. Henry cut his own meats and fixed them to perfection. My daughter loved Henry’s hamburgers when she was little. She also enjoyed eating breakfast there with my dad. It was their special time together. I’m glad she had that time with him and with many of the other gentlemen of the Little Place. It was something to hear her coming in and talking about what Parker said or what Casey did. She liked making her rounds to the tables and gathering an astounding amount of information from the diners.  She used to love to listen to Larry’s auctioneer chant and would come home and mimic him.

Finally, I remember some of the nicknames the Little Place had over the years. One from my childhood was the Greasy Spoon. I told my daughter that and she did not like it at all. She made her own name and called it The Little Spoon. I think that memory makes me smile the most. I see her when she was little, looking up at my dad and saying, “Papaw, take me to the Little Spoon for breakfast.” Other times, it was “let’s go to Henry’s.”

No matter how you remember it, The Little Place was its own version of Paradise. Gina said it best when she announced her decision to sell, “My heart hurts. There are so many memories here.” If those walls could talk, the whole town would be in some serious trouble.


Carly Jordynn is an author of young adult fiction. You can follow Carly on social media at the following sites.