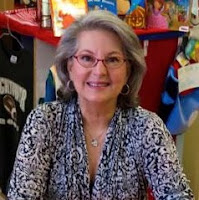 On Carly’s View today is Gay Yellen, author of The Body Business, a 2015 RONE Award Nominee. Thank you for joining me today, Gay.


GY: It’s my pleasure. Thanks for hosting me, Carly.

CJ: You’ve led a creative life as an actress, assistant to the Director of Production of the American Film Institute, magazine editor, and now author. Which of those was your favorite and why?
GY: I’ve enjoyed all those jobs, but being a published writer is the most rewarding for me. I’m a fan of the adage, “Do what you love to do for a living, and you’ll never have to work a day in your life.” Creating something that resonates with readers is fun.

CJ: How did the idea for Samantha Newman Series come to you? Did it just pop into your head or was there a specific event that triggered the storyline?
GY: Though the characters and the story lines are not autobiographical, it’s natural that life experiences influence a writer’s narrative. Most people have had at least one job where, no matter how hard they tried, they were thwarted in their efforts to succeed because of a boss’s hidden agenda or a power struggle among executives, or something else beyond their control. That feeling of powerlessness was the jumping off point for Book #1, The Body Business.

CJ: Which of your characters was your favorite to write?
GY: It’s Gertie. She is Samantha Newman’s secretary, and her only friend in a company full of vipers. I based her on my grandmother, who was an important nurturing influence in my life. After the book was published, I was pleased to learn that Gertie is a reader favorite, too.

CJ: Who is your favorite author and which book of theirs did you like the most?
GY: I have lots of favorites. The Samantha Newman books fall into the mystery/suspense category. When I was very young I read a lot of Agatha Christie. I’m sure her work influenced the plotting and humor in The Body Business and its sequel, which will be coming out soon. I also like literary fiction; Marilynne Robinson, Lorrie Moore and Anthony Doerr are my current faves in that genre. And Dr. Seuss was my first love.

CJ: Who is the most famous person you ever met? How did you feel when meeting them?
GY: I’ve met quite a few famous people. Most of them are, on a basic level, just people, and I always try to approach them that way.

CJ: What is the number one item on your bucket list? Have you done it?
GY: Number One is to finish Book #2 of the Samantha Newman Series. I’m so close, I can almost see those two wonderful words: The End. After that, my Number One will be Book #3.

CJ: What was one of your most embarrassing moments?
GY: I was playing the ingénue in A Funny Thing Happened on the Way to the Forum. During a performance, I missed an entrance cue. I was stage right when someone alerted me; my entrance was supposed to be from stage left. While the actors onstage tried their best to mark time, I made a mad dash to the other side, only to realize too late that I had sprinted across the front of the set, not the backside. Thank goodness the play was a comedy, and the company eventually forgave me.

CJ: Do you have any hobbies? What are they?
GY: My husband is a wonderful nature photographer, and I love being with him when he’s on the hunt for outstanding images.

CJ: Did you receive any rejects before publication? If so, how did you handle that disappointment?
GY: I submitted The Body Business to a few people who asked for all or part of the manuscript. While rejection is disappointing, as a former magazine editor, I know that finding the right writer/agent/publisher relationship is tricky. All the stars have to be aligned to make it happen. They have to be looking for exactly what you’re offering. Sometimes the timing is wrong; sometimes the fit isn’t quite right. It’s not always about you.

CJ: What advice would you give to an author who is just getting started in the business?
GY: Read, read, read. Learn as much as you can from writers you admire. Join local and national writers’ groups for education and networking opportunities. Seek honest feedback in a critique group. Keep writing and learning.
THE BODY BUSINESS:  By: Gay Yellen

With a great job and a fantastic boyfriend, Samantha Newman thinks she has it all. But when her best friend vanishes, doubt creeps in. Is there some ugly reality behind her firm's success?


When she asks the FBI for help, they send a man with secrets of his own. How can she find her friend without getting caught in the web of deceit?


Carter Chapman is on a mission. But it wasn't supposed to include a beautiful corporate executive with her own set of problems, until a terrible event puts them on the same path to discovery, and they each have to decide if some secrets are worth the price.

BIO:
Gay Yellen began her working life as an actress in theatre, film and television commercials, then moved behind the camera to be the Assistant to the Director of Production at The American Film Institute.

She is a former magazine editor and national journalism award winner, and was the contributing book editor for Five Minutes to Midnight (Delacorte Press), an international thriller.


The Body Business (Book #1 of the Samantha Newman Series) is a 2015 RONE Award Finalist.

Posted by Carly Jordynn at 9:12 PM