Book Feature of A Place to Belong by: Larynn Ford

Carly's View welcomes Larynn Ford, author of A Place to Belong. Today we are featuring her book and giving you a little peek as to what is in store for you, the reader.

He’s looking to the future. She’s searching for her past. While dodging her would-be captors, they find they are purr-fect for each other.


Were-panther Boone Weaver is making his dream of raising cattle on a farm all his own come true. Outdoor work at his place is interrupted by a heavenly scent he can’t quite identify but is compelled to seek out.

Carly Garner’s cheating fiancé sends her life into a downward spiral but refuses to let her go arousing a secret buried deep inside her.

Can Boone help her escape the man determined to hold her captive and rob her of her true heritage? Will she be able to trust another man?

Carly sucked in a sharp breath, squeezing her eyes shut, and fighting the urge to scream. That all too familiar itch nagging at her fingertips.

“Where am I? Who are you, and why am I tied up like a Thanksgiving turkey?”

He gasped at the forceful questions being hurled in his direction, leaving a startled, what do I do now expression etched on his face. “Take it easy, now, Carly. You don’t want to re-injure those bones.” The man’s hand circled her wrist with a soft pressure.

“Don’t touch me!” She jerked from his grasp, slapping at his hand and grabbing a fistful of the sheet. She pulled hard, tugging it close under her chin, her protruding nails slicing four uniform gashes through the fabric.

“How do you know my name?” Her furious expression freezing on her face, her lips forming an O-shape as she lifted the sheet, taking a peek underneath, and jerking her attention back to him. “Where. The hell. Are my clothes . . .? Who undressed me? Are you going to tell me who you are and why I’m here?” More rapid-fire questions blasted in the man’s direction.

“Uh, easy. Easy. Yes. Yes, I am, but one question at a time.” He blew out a breath and swiped a hand over his face. “Okay, uh, my name is Boone Weaver. Your car left the highway yesterday and crashed through the woods down by the creek here on my place. I pulled you out and brought you here to fix up your injuries.” He drew in another breath and continued in a flustered manner. “Your arm was . . . is broken in three places. Your leg had . . . has one bad break and there was a nasty gash on your forehead.” He pointed out each injured area of her body as he stumbled about with his explanation.

She closed her eyes. His words, triggering memories from yesterday’s events, caused them to flood back to her. “The crash. My head. There was blood. I couldn’t move my left side. My arm and leg hurt like crazy.” She raised her right hand, lightly touching her head to examine the wound she had recalled mere seconds earlier.

“I cleaned the blood from your head and face, put some salve on the cut to help it heal, and washed your hair the best I could.” Boone grabbed the bowl of salve from the table, holding it for her to see while offering a list of duties performed in tending her injuries. “The splints are my doing, too.” He shrugged, waiting with a slight degree of fear on his face.

Carly glared down at her arm and back at him. “You put my arm and leg in these splints? Which means you took off my jeans. Without consulting me . . . while I was unconscious! Ow!” She continued her attempt to inch herself farther from the man at her side, grabbing her bruised shoulder with her good hand when it screamed in protest.

“Uh, yes, ma’am, I did but I was just checking on your leg injury.” He waved both hands in a frenzied, negative motion. “I-I needed to see if the bone was about to break through the skin. That was all I was lookin’ at. Just the break in your leg.” He winced while uttering his confession raising a certain level of doubt in her mind about its truthfulness.

She clutched the sheet tight under her chin. “You should have called an ambulance with medical professionals and stop calling me ma’am!”

Boone propped his hands on his hips and huffed out a breath. “Now, wait just a minute, lady. I saved your life. Your car landed on the edge of a creek that just happens to be a foot or two away from overflowing its banks on account of three days’ worth of downpours we’ve had around here. If your car had shifted even one more foot forward, you would’ve ended up under water and I kinda doubt swimming was much of an option for you with that many broken bones.”

He clamped his lips shut and raised a finger for round two directed at her. “The methods I used may not be as high tech as a well-equipped medical vehicle but the simple steps I did take to tend your injuries was as fine a job as any medical professional would be able to do. And then some. I couldn’t stand by waiting for an ambulance to come all the way out here. I had to act quick or you may not be here now.” He shook his head again, making frenzied gestures in the direction of her arm and leg. 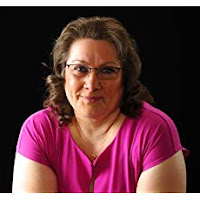 Larynn Ford began reading romance in her early teens and became interested in writing in high school. She's a daydreamer and a romantic who is intrigued by the paranormal and loves to let her mind wander, always searching for a happily ever after ending to her dreams. 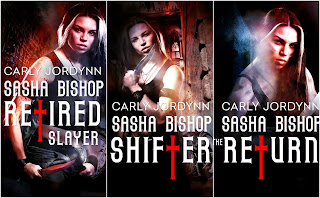 Posted by Carly Jordynn at 7:13 PM