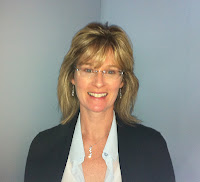 My guest on Carly's View today is author Linda O'Connor. Linda is sharing her recipe for a gluten free pizza crust that is also featured in her newest book, BEHIND THE BENCH. This is book two in her In the Game Hockey Romance series.


I’m excited to share a sneak peek of Behind the Bench, the second book of the In the Game Hockey Romance series. Dr. Danni Angelo is the physician for the local professional hockey team. She doesn’t cook much but makes a mouth-watering homemade pizza dough on a sexy date with the new coach, Trey Mason. I thought I’d share an equally delicious gluten-free pizza dough recipe. Unlike Danni’s recipe, it’s quick to throw together – perfect for a Monday night dinner!

Combine the ingredients in a mixing bowl. Spread the dough on a cookie sheet lined with parchment paper and brushed with olive oil. Top with your favourite toppings. My favs are tomato paste, diced chicken, pineapple, mushrooms, cherry tomatoes, and mozzarella cheese. Bake at 325°F for 15-20 minutes.
Bon Appetit!

Behind the Bench (In the Game Hockey Romance, Book 2)
Dr. Danni Angelo is the team physician for the Clarington Quakes hockey team. She’s worked hard to earn the players’ respect, but the new coach, Trey Mason, is stirring things up, and Danni’s worried her job may be in jeopardy.

Trey finds Danni…distracting. Beauty, brains, and sexy moves on the ice have him uncomfortably attracted. He’s the new guy on the block. He has a reputation to build and a standard to set. The last thing he needs is a complication.

When the team spirals out of control and Danni and Trey get caught up in a drug scandal, things heat up on and off the ice. It’s a whole new game plan…Behind the Bench.

Excerpt
Danni watched the tail end of the in-house broadcast of the news conference and flicked off the screen. How could you not be impressed with that? Trey Mason was confident and eloquent, and spoke in a relaxed and engaging way. The beach-bum blond hair, sculpted cheekbones, and easy smile would win over the non-hockey fans, and his passion and knowledge of the game would impress the followers. He had it all, and landing in a town like Clarington must be a dream come true. For him.
And a nightmare for her.
She had worked part-time as the team physician for the Clarington Earthquakes, Quakes for short, for the past three years. It had taken time to gain the players’ confidence. Being a female physician for a men’s hockey team hadn’t been easy, but she’d built a solid professional relationship.
She loved everything about the job – the energy of the games, working with high-level athletes, and a new clinic in a state-of-the-art arena. She certainly didn’t want it to change because of a new head coach.
Trey Mason couldn’t fire her. Theoretically. That would be up to the owners of the team. He could, however, make her life miserable. And if there was friction between them, it would affect the players, and ultimately, what affected the players influenced the owners. There were two other physicians who shared the job with her and a few more who would be eager to take it on.
He, on the other hand, could be set for a long run if he delivered half of what he’d promised today. She certainly hadn’t seen any charm when he’d walked into the pressroom, and yet it came out in spades when he spoke. She could only hope that her initial impression had been wrong, because between the two of them, it wasn’t likely that he’d be leaving any time soon. Bottom line – she needed to suck it up and get along with the new guy. She sighed. She hated sucking up. She’d thought she was done with that. Apparently not. She shook her head and gritted her teeth. Time to smile and play nice.

Linda O’Connor started writing a few years ago when she needed a creative outlet other than subtly rearranging the displays at the local home décor store. It turns out she loves writing romantic comedies and has a few more stories to tell. When not writing, she’s a physician at an Urgent Care Clinic (well, even when she is writing she’s a physician, and it shows up in her stories :D ). She hangs out at www.lindaoconnor.net.
Laugh every day. Love every minute.

Posted by Carly Jordynn at 8:00 AM