I am on my own blog today. I hope everyone had a wonderful Christmas. Ours was pretty good. My aunt and cousins joined us yesterday for some good food and fun. Since I really don't have anything earth shattering to share, I am going to wrap up 2016 in a neat little bow and prepare to move on to 2017, where hopefully bigger and better things will happen. Usually, I have plans for the New Year of things I want to accomplish, but this year is blank. My only goals are to finish writing the last book in the Sasha series and the last book in the Forest of the Mist series. That's it. Really. Feels bizarre to have only those two goals.

The year started out rocky to say the least. I lost my dad late last year and was still in the freshness of the loss. In February, my boss decided to move me to a different department where I had zero experience. Trying to learn a new position kept me occupied, but stripped every ounce of creativity from me. I couldn't write. I couldn't come up with a story line to save my life. I went into a bit of a funk after that. I wanted to write, but I couldn't. It was a catch 22 that made me feel like a failure. In March, my daughter turned 12. We planned a trip for spring vacation. My goal was to get my brain to turn off. The new job sapped everything out of me. I felt like I was only half of the person I used to be. I went through life, but I wasn't living. I just existed.

In April, I turned fifty. I know, hard to believe. We planned a book signing party to celebrate this milestone in my life. The party was fun. I sold a lot of books, talked to a lot of people and felt a smile creep back on my face. A real smile, not the fake one I had been wearing for months. We went on vacation and had a nice time. I was able to relax and decompress.

In May, my daughter graduated from elementary school and then we were into the summer. My fourth book, Sasha Bishop: Shifter released on June 1st. The sales were pretty good and I felt the stirrings of creativity once more. I began to write. A little at a time, but I was finally writing again. I began to feel optimistic, like maybe things would finally straighten out at last, but then life and my job got in the way again.

The summer months were incredibly busy at the office. People were tense and on edge. Tempers were short, especially on high temperature days. Frustrations mounted until I felt like I was being strangled from the inside out. The glimmer of light I  saw with writing again, flickered and died. At this point, I honestly did not know if I would ever finish writing the books. This horrified me. If I wasn't Carly Jordynn, then who was I? I like being Carly. She's fun, she's a writer, she's outgoing. Unfortunately, I could not embrace my inner Carly and felt her slipping away from me. 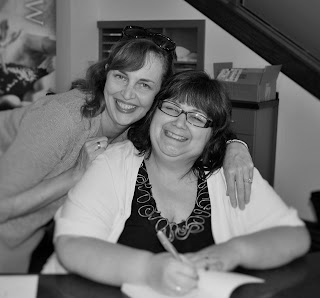 When school started in the fall, my daughter was in middle school. Things began to work themselves out at work. It was still busy, crazy busy, at times, but I felt like I could handle it. Things didn't seem so overwhelming as they had before. By Halloween, I was feeling much more like my old self. I began to write again. It was like meeting up with old friends that you hadn't seen in a very long time.

The Christmas season brought its own frenzy, but it was the good kind, the kind that made you smile and gave you an adrenaline rush. Throughout the craziness of my life, I still managed to pen a word or two on the books. 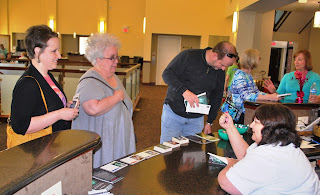 To sum it up, I really did not accomplish a lot in 2016. There was nothing that rocked my world. I literally feel like I sleepwalked through most of the year and just woke up the last few months. I feel more like myself again and have decided I will not take life so seriously anymore. When things go south, I will try to find the humor and laugh. When life is so crazy busy that I feel like I can't breathe, I will laugh at the absurdity of it all. So my goals for 2017 are to finish writing two books, not be serious, and to laugh whenever possible.