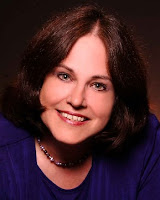 Today I welcome M.J. Compton, author of  SUMMER FLING, to Carly's View.  Sit back and read about her top ten list for Thanksgiving, learn about her book, and read her bio.


THANKSGIVING PUNCH LIST by M.J. Compton
Tomorrow is Thanksgiving, so I thought I’d share my Top Ten Thanksgiving memories.
1)      My mother’s list of things for which she is grateful always includes indoor plumbing.
2)      On the night before Thanksgiving, the kitchen counters of my parents’ house were covered with slices of white bread. Early Thanksgiving morning, we would have a bread-breaking marathon, tearing the now-stale bread into small chunks to make the dressing (never stuffing) for the turkey. We put the bread piece in a big yellow Pyrex bowl.
3)       Celery stuffed with cream cheese is always on my parents’ holiday table. There is usually a sprinkle of paprika to make it look more festive. One year, my younger brother accidentally grabbed the cayenne instead of the paprika.
4)      I was in a snowmobile accident the Wednesday before Thanksgiving, injuring my knee pretty badly. I didn’t learn how badly until 20 years later.
5)      One year while saying grace, Mom mentioned my dad and brother-in-law’s jobs. Afterward, my then-teenaged brother said: “What about MJ’s job? She works, too, you know.”
6)      Driving to my in-laws for Thanksgiving—being stuck in Tappan Zee Bridge traffic miles from the bridge with a hungry, wailing infant and feeding her a bottle from the front seat.
7)      Driving to my in-laws for Thanksgiving—being stuck in traffic somewhere in the Catskill Mountains. A dead deer, tongue hanging out, was tied to a vehicle in the next lane. My toddler son was terrified.
8)      Driving to my in-laws for Thanksgiving--the year we left home on Thursday morning and tried to stop for lunch at McDonalds in Liberty, NY. They closed minutes before we arrived. With two hungry toddlers.
9)      Driving home from Thanksgiving with my in-laws—the rest stop where my toddler son saw a Sikh, complete with snow-white turban, for the first time. My really excited boy pointed and started singing, “Do You Know the Muffin Man?”
10)  The JFK assassination. This national tragedy happened about a week before Thanksgiving, but the pall it cast over the holiday and the impact it had on the history of the USA has never gone away.
And here are some corresponding things for which I am thankful:
1. Indoor plumbing.
2. Plentiful food all the time.
3. Family and our ability to laugh at ourselves.
4. My health. Walking isn’t always pain-free, but I can walk.
5. My brother’s early awareness of gender inequality--he now has three daughters.
6. My children have never had to worry about from where their next meal was coming.
7. The years we were able to spend the holiday with my husband’s mother and sister.
8. Businesses that close so their employees can spend the holiday with their families.
9. Strangers who can smile at children.

Caroline Maplethorpe spent a summer as plaything for a minor league baseball team…and oh, how Win Winston played. Seven years later, she’s respectable, and he’s in the big leagues. Now that he’s found her again, he still wants her in a major way. But their second-chance relationship attracts too much publicity, and the third member of their long-ago fling threatens to destroy the respectable life Caroline so carefully reconstructed after that crazy summer.

M.J. Compton grew up near Cardiff, New York, a place best known for its giant, which inspired her to create her own fiction.

Although her 30-year career in local television included such highlights as being bitten by a lion, preempting a US President for a college basketball game, giving a three-time world champion boxer a few black eyes, a mention in the Drudge Report, and meeting her husband, MJ never lost her dream of writing her own stories.

M.J. still lives in upstate New York with her husband. She’s a member of Romance Writers of America and Central New York Romance Writers. Music and cooking are two of her passions, and she enjoys baseball and college basketball, but she’s primarily focused on wine . . . and writing.

Posted by Carly Jordynn at 9:55 PM