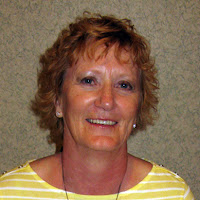 Thursdays are dedicated as Soul Mate Thursday. Each Thursday, I will feature an author from Soul Mate Publishing. First up on Soul Mate Thursday is author, Tina Susedik. She has a short story titled THE VALENTINE'S PROPOSAL, in the upcoming MY SEXY VALENTINE HOLIDAY ANTHOLOGY.

Blurb for The Valentine’s Proposal:

EXCERPT FROM The Valentine’s Proposal:

Devlin Baran followed the statuesque brunette as she stomped from the woman’s room and headed to the bar. His cock twitched as her hips swayed in tight jeans. Was the guy who dumped her crazy? To trade in this hot piece for the washed-out blonde?
He’d noticed her the moment she’d walked into the building. Full breasts. Tapered waist. Not too thin. Tall. His body had reacted immediately. He liked his women tall. He’d been ready to join her when the jerk arrived. During their argument he'd called her Janetta. The name seemed to suit her.
Pseudo cowboys irritated the hell out of him. New boots, shiny belt buckle, cheesy western shirt were all signs. But even real cowhands dressed up for a Saturday night on the town, so he could be mistaken. When the man tossed his hat brim side down on the table, Devlin knew him to be a fake. Any real westerner knew you put your hat top side down so not to ruin the folds.
Since he was out of luck with the brunette, he’d headed to the men’s room, where he observed the encounter. He nearly applauded when the woman smacked the pretend cowboy across the cheek and threw the ring into the crowd. Hell. Not only did he like them tall, he loved them spirited, like his fillies on his ranch.
As she headed to the bar, he shook his head. He couldn’t let a hot woman interfere with the job he had to do, needing all his focus to find out who was slipping drugs into women’s drinks. As a rancher working undercover as an FBI agent, he always seemed to be one-step behind the assholes who thought it fine to have sex with unconscious women.
The man, or men, moved from bar to bar in the small rural area. This was the only one that hadn’t been hit. He hoped to hit pay dirt tonight.
He tried to ignore Janetta’s shapely ass as she sat on a stool next to another pseudo cowboy. She must have a thing for their type. After taking her time with one drink, the man tipped his overly white Stetson, leaned in and said something, making her laugh. The back of Devlin’s neck prickled. He seemed familiar.
What was she thinking, Devlin wondered as she let the guy put his hand on her thigh. Even though she oozed sex appeal, after her encounter with Fred, he had the feeling she wasn’t a sexually aggressive person. She seemed more like a kindergarten teacher.
Janetta took a sip of her orange-colored drink and spoke to the man—who threw his head back and laughed. The hand went a bit further up her leg. She took another drink and swayed into him. Maybe he was wrong and she was just another floozy looking to pick up an unsuspecting cowboy.
The man swung an arm around her shoulders and lifted the glass to her lips. Her head dropped into his neck. He glanced over his shoulder and snuggled her into his side. After a few minutes he pulled her from the stool, and like a man helping a drunk companion, headed toward the door.
Shit. She’s been drugged.

Posted by Carly Jordynn at 8:47 PM