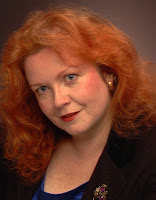 “Once Upon a Time” are four of Dawn’s favorite words, because she never knows where they will lead. She writes stories to remind herself that even though things may seem bleak, there is always the possibility of a “Happily Ever After.” If along the way she makes readers smile, cry or see the magic in their everyday lives, then she’s done her job.

Dawn’s written several award-winning novels set in Georgian England and the Highlands – an era filled with rules and intrigue. Her characters often defy “Society” as they pursue love, run away, pursue, run away – well, you get the idea.
Then again, she might write romance in order to do the research. What other profession encourages you to sit in the audience at Harlequin’s Male Model search, and take notes, or just sigh?
When she’s not writing, Dawn may be found singing, gardening, learning to play the harp or wood carving. She lives in a Victorian home in Upstate New York with her husband and very independent cats.
Dawn hopes you’ll read her books, and together you’ll bring to life characters that aren’t perfect, but have a story to tell.

Caden Mackay would never bed a Sutherland, let alone marry one. Bloody hell, what had possessed his twin brother to propose to one of the she-devils? And what is Caden to do with the Sutherland beauty who appears, as if by magic, in his library? The defiant intruder is the enemy, but she is unlike any woman Caden’s ever known, and her tantalizing curves and wide green eyes could tempt a monk. He must devise a way to stop the wedding. But can he stop the desire that makes him long to make Ariel Sutherland his own?

Ariel’s life had never gone the way she’d hoped, but ending up in eighteenth century Scotland was a stretch, even for her. If not for her dog, Scruffy, she might have thought she’d walked into a romantic daydream. Especially since the object of her desire appears to be entirely too virile. But can she find her way back to her time, before her too-handsome Highlander makes her believe that love can conquer in any century?

Highland Yearning-Excerpt
Caden turned to his cousin. “We’ll search the windows above. By now the coward has fled, but we may yet find something to unmask our would-be assassin. Then we’ll attend to your urgent matter.”
He drew Ariel aside far enough that Ian couldn’t hear them. His expression screamed, I’d rather fight a dozen well-armed warriors than be in debt to a Sutherland. “Thank you for . . .” He simply stared at her.
“Saving your life?” She waited. Nothing. “Kissing you?” She raised her eyebrows. “Just trying to fill in the blank here.”
He blanched, but then heat filled his eyes. “Aye.”
“Well, one of us had to take the bull by the horns.” Okay, best not to dwell on that image. “I mean, I was curious. I wanted to kiss you. No big deal. It was just a kiss.”
“Aye.”
“Will you stop agreeing with me.”
His smile was genuine and she felt it to the tips of her toes. Good heavens, the man had charisma.
“I’ve nae had a woman who wanted me to disagree with her.”
“Well, I’m not like most women.” That was true enough. She’d never done the ‘let’s talk about boys, clothes and makeup thing’ with a group of girls. Somehow, she’d never fit in.
He smiled down at her. “Aye.”
“There you go, agreeing again.”
“Perhaps it’s because you make yourself so agreeable.”
She couldn’t contain the laughter that burst from her lips. “Really?” The word came out between gasps. “Oh, I wish you could have been there to tell my teachers. Not that they’d believe you. They thought I questioned everything.”
“Then they didn’t ken you.” His brows drew together. “I believe the stone was meant for me, but just in case, I want you to take care.
Her laughter died. “Why would anyone want to kill me?”
“Have you offended anyone aside from Ranald, the Countess or Robertson since I met you?”
“I don’t-So, I speak my mind. Is there a law against that in this century?”
“No. And I prefer plain speaking, but I’m nae most men.”

My grandparents immigrated to Altoona, PA from Dundee, Scotland. I was only about five or six when grandma died, but I still remember one dish she made on a regular basis, potted meat. Now it may not sound appetizing, but it was a ground meat, set in gelatin and seasoned with herbs. I loved it, almost as much as I loved her shortbread.

Later in life my Aunt May said she would share the shortbread recipe with me, but not until she could be there to watch me make it properly. We started with a pound of softened butter (Yes, I said a pound of butter.), then worked in the dry ingredients, including the small amount of rice flour. (It’s the rice flour that gives the shortbread its grainy texture.) You divide the dough into four sections, roll it into long tubes, flatten it, cut it into finger strips, then prick the tops with a fork. You shouldn’t make this on a humid day, and the cookies are best stored in a tin to keep out moisture. (I’ll be putting the recipe in my next newsletter, so if you’re interested, visit my website www.dawn-ireland.com and sign up.)

Shortbread is a cookie we all recognize, but I started thinking about all the food Americans would have trouble ordering if we went into a restaurant in Great Britain.  Would you know what Clapshot or Spotted Dick are? (Yes, they sound like diseases to me as well.) To help you recognize what you might be eating, I’ve put together a match-up of British dishes. Give it a try, but if you get frustrated, I’ll have the answers on my website. www.dawn-ireland.com

_____A kind of fish haggis - haddock or cod liver and roe etc., mixed with oatmeal and onion, stuffed into haddock heads, then simmered in water.
_____ Smoked haddocks
_____ 'Boilins' or round boiled sweets - with stripes! Suckable spheres that are usually aniseed flavour. Hard candy that breaks the teeth and are quite popular in the sweetie jar shops that still exist in Scottish towns.
_____ Root vegetables done together in one pot with lamb or beef
_____ British pudding made with suet or mutton fat. A pastry is created to which is added dried fruit or raisins, then it is boiled or steamed in a muslin cloth, and generally served with a custard sauce.
_____A dessert made with flour, breadcrumbs, sultanas/currants, suet, sugar and spice with some milk to bind it. On occasion, golden syrup or treacle is added, then mixed into a dough and wrapped in a floured cloth and simmered in water, the dried in an oven or before the fire.
_____ Sausages cooked in what is in essence Yorkshire Pudding.
_____ Hot appetizer in which bacon is wrapped around dried fruit, usually pitted dates, then served on toast with watercress.
_____ Irish potato pancake with finely grated raw potato and mashed potato with flour, baking soda, buttermilk and sometimes egg.
_____ Irish dish that is mainly mashed potatoes with kale or cabbage.
_____A sandwich
_____Cheese sauce poured over toasted bread.
_____A traditional side or main dish from the Scottish Borders made of potato, cabbage and onion.
_____A dessert made using whipped cream (or crowdie if you want to be truly authentic), honey, fresh raspberries, and toasted oatmeal usually soaked overnight in a little bit of whisky. More whisky is added to the finished product which is then put in dessert glasses.
_____A young chicken stuffed with skirlie (oats), cooked and served with drappit (dropped or poached eggs) and spinach.
_____Swede turnips and potatoes, mashed with chives and butter, then add seasoning to taste.
_____A Scottish twist on a trifle, using Scottish raspberries and whisky instead of sherry.
_____Blood sausage.
_____Turnips and potatoes.
_____A cake encased in pastry.
_____A Scottish scone, usually with currants or sultanas.
_____Sweet, Scottish, fudge-like candy.


Thanks for stopping by Carly's View!
Posted by Carly Jordynn at 7:10 PM