Today on Carly's View, I would like to welcome author, Maggie Mundy. Maggie is the writer of the Midworlder Trilogy available now on Amazon.


Read on to learn more about, Unknown Protector, book one in the series... 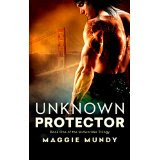 Two things have helped Nicole cope since the murder of her husband a year ago. One is running her detective agency, and the other is her guardian angel, Mira. When Mira is killed by a demon, Nicole accepts the help of a Ridge.He is a long haired, cigar smoking diamond in the rough with wings. Things go from bad to worse when a replacement guardian cannot be found. She has to trust Ridge, which is tricky when she realizes there are no demons or angels, just parasitic aliens that humans have built the myths of these celestial beings around. Ridge isn’t an angel or a devil, but an alien half breed known as a Midworlder.

Nicole finds herself fighting off a Demonic Midworlder who wants to impregnate her so his alien boss can come to Earth. Plus she has an ex priest who wants to attach a demon to her so he can save his friend. She is tough, but has to admit she could do with some help from Ridge, who is as alluring as he is annoying. Amongst all the fighting they manage to fall in love, but nearly lose each other, and their unborn child. What they don’t know is that if they stay together things may change not only for them, but for the future of the world. New rules will have to be drawn up as aliens, humans and Midworlders learn to live with the situation. 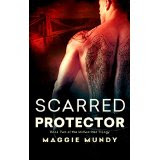 If that caught your interest, then read the excerpt from book two, Scarred Protector...

Are you intrigued? If so, hop on over to Amazon and order your copies today. Buy links are below...
http://www,amazon.com/Protector-Maggie-Mundy-ebook/dp/B00o3KOCHU/ref=sr_1_2?ie=UTF8&qid=1450145983&sr=8-2&keywords=maggie+mundy


Maggie Mundy lives in Adelaide, Australia and is a member of Romance Writers of Australia, and the local chapter SARA (South Australian Romance Authors). She recently completed a Bachelor of Arts in Drama, English and Creative Writing at Flinders University. She had a short story published in the RWA Topaz Anthology Little Gems in 2010 called Sea and Vines. She has four books out with Rogue Phoenix Press. Two erotic novellas called Blood Scent and Blood Oath and paranormal romances called World Change and World Apart. She also has a supernatural thriller with Soul Mate Publishing called Hidden Mortality and a paranormal romance called Unknown Protector.


She has also performed for many years in corporate entertainment for which she wrote her own sketches, which probably explains why her head is so full of characters. She loves writing romance but thinks falling in love can be scary.

Posted by Carly Jordynn at 9:40 PM