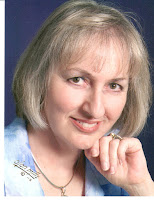 Thank you so much Carly, for having me as your guest today. I’m very pleased to announce the release of my latest book, “The Only One”. I write hot, sizzling romance. My morning usually starts with a cup of Java. If I’m lucky, hubby gets up first and brings me a cup of coffee in bed. Mmmm. What a way to greet the day!  Then I head to my laptop for a few precious moments of picking my brain.

See how it all started with Book 1 in the One and Only Series
The Right One   -    Book 1 – Morgan’s Story
He abducts the wrong woman . . . she proves she is the right one.

Find out what happened to Kat’s brother in the thrilling sequel
The True One   -   Book 2 – Stephen’s story
Will the passion they share be enough? He must choose—her or revenge.

If you liked the introduction of the duke in the first book, now read Giles story.
The Only One   -   Book 3 –

One impulsive kiss to prove the young girl flirted with danger shakes Giles’ firm resolve. The young American is wild and reckless, and before long he realizes, she’s too much to handle. He surrenders. A duke must adhere to his duty. His title demands his home is in England. Tormented with longing for the woman who branded his very soul, he forsakes nobility and returns to claim the love he has carelessly thrown away.

From the first moment Alexandria saw the duke she knew he would be hers. Determined to get the man she wants, she devises a plan, curbs her reckless nature, and presents the proper lady his nobility requires. The interference of her brothers disrupts her amours pursuit, yet the feisty girl seduces the lord with a woman’s passion, and brands the duke hers forever.

All I ever wanted was to see my book sitting on a shelf in the book store. As a beginner, I had so much to learn. First I had to make my MS the best it could be. Once I joined RWA, I took workshops and gained a wealth of information. I grew as a writer. When I finally finished my first historical romance, I was thrilled to send it off with the hope, like everyone else, I wanted to be published. I entered contests. In 2013 I was a finalist in The Golden Rose Contest and “The Right One”, the first in my trilogy, went on to be awarded Second Place. I signed my first contract with Soul Mate Publishing. Since then I’ve had four books published and have a Christmas book due this December. I love Christmas stories and who doesn’t love a hero? This year I wanted to share the holiday spirit by writing “A Hero Grinch for Christmas.”

Dani will not allow The Grinch to hide from Christmas. She will cure Hunter of his nasty mood, even if it kills her. But who will save her from his passionate kisses.

War hero, Hunter Graham, has seen enough devastation to last a lifetime. At the end of his latest Army term, he accepted his discharge papers and never looked back. His uncle’s home is tucked away in the majestic mountains, a perfect place for him to hide from Christmas and his own memories. But he can’t hide from the delectable Dani. The last thing he needs is a female in his life. But this one has the face of an angel and eyes you could drown in.

Dani Wimer left the Colorado Mountains and relocated in the bright lights of New York City. Every December she returns to the village of Evergreen. When a hunky military guy enters her aunt’s shop, he seems lost and angry. His scowl is intimidating, but that doesn’t bother the spunky girl who celebrates the holidays like it’s Christmas every day. She decides to put a smile on his Grinch face and ends up losing her heart in a passionate whirlwind.

I get a lot of joy from creating new characters and bringing them together in a romantic tale. My characters have depth, emotional investments, life-threatening challenges. The power of a story is in the character’s true emotions. The reader wants to be in the moment. Feel what the characters feel – emotionally. I try to give this to my readers. Although all my characters are fictitious, I have taken real life experiences to achieve the emotion for my heroes and heroines.

I love to hear from readers. To find out more about me and updates on my books, please visit my website:  http://samanthyawyatt.com

An Excerpt of The Only One
“I was not spying.”
“Of course you weren’t. Judging from the conversation I interrupted, no young girl would know the subject they were discussing anyway.”
Her face flushed scarlet. He arched a brow. Surely she had no idea the boys were speaking of tupping a girl’s skirts.
“You’re handsome,” the girl stated baldly, expanding a breath as if she’d held her mouth closed too long.
He didn’t know whether to be flattered or feel concern at a possible purpose behind her words.
“What do you know of handsome men?”
“My brothers, I guess are handsome. But they’re my brothers. I don’t care enough about other men to consider them handsome.”
Care?
“So then, why are you here?” He gave her his best glare.
“I’ve grown out of pigtails. I’m a woman now.”
Swallowing his amazement, he nearly choked. “Donning a dress does not make you a woman.” His gaze dipped in a slow, silent perusal. The damn girl’s breeches emphasized her curves, leaving nothing to a man’s imagination. Not that he should notice, of course, but . . . Damnation. She didn’t look the least like a child.
“I see you’ve resorted to breeches again. After your brothers’ reproaching insults, I would think you’d learned your lesson.”
She thrust out her chest. “Papa always said I had spirit. I am not unwise.”
“You think it wise to hide in a tackle bin? To be alone here with me?”
“You’re a duke. A gentleman.”
He gave a harsh laugh. “Being a duke does not make me a gentleman.”
“But Aunt Cornelia said English aristocrats live by their honor. You’re a nobleman. You have integrity, and morals.”
“Morals? Honor? A man lives by his own decree. What if I were to take liberties?”
“I can handle you.” Her eyes lit up and she seemed too sure of herself.
The gall of the chit.
With one quick movement, his hands shot out and jerked her against his chest. A gasp rushed from her throat, but she boldly held his gaze. With deliberate daring, his arms imprisoned her. He watched the emotions flitting over her face. He meant to punish, to teach, to frighten. His gaze lowered to her mouth.
He’d send her fleeing for good.
He captured her lips in a forceful kiss.
Her fingers twisted his shirt.
Good God, she kissed him back. With such enthusiasm, he was flabbergasted.
Unconscionable, that one so young should kiss with such skill. Had the damned girl been coached? She should slap him, call him a knave. Push him away, scream at him. Instead, she twined her arms about his neck while her warm, seeking tongue pirouetted a mating dance with his.
Chest heaving, he grabbed her shoulders and thrust her away.
“Where the hell did you learn to kiss like that?”

Samanthya lives with her husband in the Shenandoah Valley. She left her accounting career and married a military man traveling and making her home in the United States and abroad. Once she found historical romance novels, she couldn’t put a book down. She fell in love with the characters and needed to know their happy ending.
One day she put words to paper creating a story of her own. The more she wrote, the more she became involved with the characters, and they seemed to take a life of their own. She relishes the challenge of penning a story with strong characters, a bit of humor, and active scenes while creating new characters and bringing them together in a romantic tale. It took years of writing, joining RWA, joining chapters, entering contests, submissions & rejections which created the author she is today. By keeping her spirit and turning criticism into drive she has achieved her career as a published romance author.

Posted by Carly Jordynn at 8:43 PM